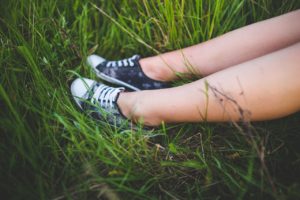 Orlando, FL – September marks peripheral artery disease (PAD) awareness month. A staggering 18 million Americans1 suffer from this potentially life threatening disease which is greater than the number of Americans suffering from stroke (6.8 million)2, cancer (13 million)3, and coronary artery disease (16.3 million)4.  If untreated, those who suffer from PAD are at risk of very serious consequences.  The 5 year mortality rate is 30%5 which is greater than the rates for prostate cancer (less than 1%)6 and breast cancer (11%)7.  For the nearly 3.5 million people who suffer from the worst form of PAD called critical limb ischemia (CLI)8, the 5 year mortality rate shoots up to 67%5 which is greater than that for colorectal cancer (36%)9 and stroke (41%)10.  Despite the severity of PAD, only 26% of Americans are familiar with it, making it the most serious disease most people have never heard of.

During PAD Awareness Month this September, Vascular Specialists of Central Florida urges people to learn more about this dangerous disease—the risk factors, the symptoms and the treatment options—in order to save limbs and lives. With a proper diagnosis and treatment plan, most patients can manage the symptoms of PAD and avoid the worst complications, such as amputation or heart attacks.

The risk for developing PAD rises with age and is highest for those over 50 years old. Smoking, the single greatest risk factor, increases the chance of developing PAD three to five times. But other common risk factors include diabetes, high blood pressure, abnormal cholesterol levels, and heart disease11.

The symptoms of PAD can often be overlooked by those suffering from the disease, which may allow the disease to progress to a more severe state before it is diagnosed. The most common symptoms are:

“Considering the high number of people who suffer from PAD and the seriousness of its effects, this disease is disturbingly overlooked,” said Mary Yost; President/Co-Founder of THE SAGE GROUP, a leading PAD research consulting firm.  “People should be aware of the risks, and talk to a physician if they think they may have PAD.”

Fortunately, there are several treatment options for those with PAD that can help patients reclaim their quality of life.  Lifestyle adjustments, such as quitting smoking and eating healthier, or medications, can be effective for many people with PAD. In severe cases, various procedures including minimally invasive Endovascular surgery or bypass surgery may be necessary to restore blood flow to the limbs to prevent an amputation.