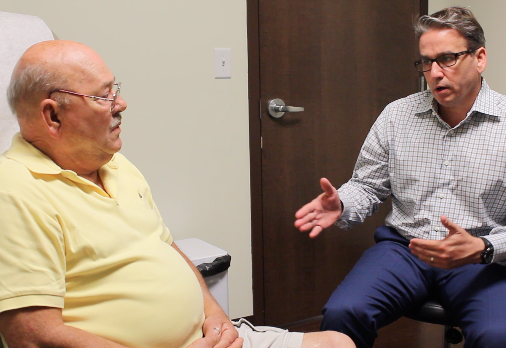 Buerger’s disease is a rare condition affecting the arteries and veins in a patient’s arms and legs. Medically termed thromboangiitis obliterans, Buerger’s disease causes the blood vessels in those areas to become inflamed, swollen and can generate blood clotting. The condition usually begins in the extremities and may progress to include the whole arm and leg.

According to the National Organization for Rare Disorders (NORD), the incidence of Buerger’s disease in the U.S. falls between 12.6 and 20 per 100,000 people. Heavy smoking and tobacco use are almost always linked to a diagnosis. However, the mechanism by which tobacco affects the development of the disease has not been clarified. Many doctors believe that genetic factors also play a part in the development of the condition.

Beyond smoking, risk factors for Buerger’s disease include:

Symptoms of Buerger’s disease include:

Lowering your blood pressure may decrease your risk of stroke and heart disease by about 50%.

There are no diagnostic tests to conclusively determine whether or not a patient has Buerger’s disease, but vascular specialists typically use other testing methods to eliminate more prevalent diseases or to confirm the signs and symptoms associated with the condition. These tests may include:

Once Buerger’s disease has been established, vascular specialists may recommend medications to dilate blood vessels or dissolve blood clots, spinal cord stimulation, or intermittent compression to the arms and legs that could increase blood flow to the extremities.

In extreme cases, a board-certified vascular surgeon may recommend surgical intervention for Buerger’s disease. Surgical sympathectomy has been shown to control pain and increase blood flow, however, it is considered controversial and lacks empirical study.

If Buerger’s disease goes unaddressed, the blood flow to the patient’s arms and legs will continue to deteriorate. Without the oxygen and nutrients needed to survive, tissues cannot remain healthy. This eventually leads to gangrene, which usually precedes amputation of the affected area.

Quitting all forms of tobacco is the only way to stop Buerger’s disease. Failure to stop tobacco use can result in the need for amputation of all or part of the limb. Health care providers can offer counseling on effective smoking cessation techniques.