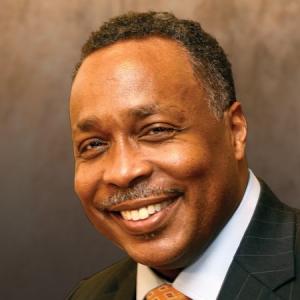 Most physicians are faced with the management of deep vein thrombosis (DVT) on a regular basis. This includes either trying to prevent its occurrence or treat it after it has occurred. The incidence of DVT has been reported as high as one percent in the general population and 15 percent in hospitalized patients. This most likely underestimates the true incidence in that not all patients with DVT will have symptoms.

The factors associated with the occurrence of DVT and its associated complication of pulmonary embolism were described more than a century ago by Virchow and those principles still apply today: Stasis, vessel wall injury and hypercoagulability. The most common factor in hospitalized patients is immobility leading to venous stasis. Recent attention has been given to the development of DVT in patients on long airline flights. This so called “economy class syndrome” or “traveler’s phlebitis” illustrates the relationship between immobility, stasis and the development of DVT. Hypercoagulability can either be related to recent surgery or trauma, presence of a malignancy or an inherited hypercoagulable state. This inherited state is most commonly due to Factor V Leidin defect, but includes antithrombin III deficiency, protein C or S deficiency and hyperhomocystinemia

There are two acute complications of DVT. The most common is pulmonary embolization and less common is phlegmasia cerulean dolens or venous gangrene. Pulmonary embolization occurs in 10 percent of patients with DVT and carries a mortality as high as 40 percent in the elderly. Venous gangrene is a result of massive iliofemoral DVT, which leads to threatened limb viability and death and is considered a surgical emergency. The most common chronic complication is that of post-phlebitic syndrome manifested by chronic pain, swelling and venous ulceration. It is thought to occur in as many as 10 percent of patients treated for DVT

The diagnosis of DVT usually begins with an index of suspicion raised by symptoms related to occlusion of outflow veins in the involved extremity. This typically involves swelling and pain, but neither is very specific or sensitive. Indeed only 40 percent of patients with DVT have clinical signs. Additionally, false-positive presentations occur in up to 50 percent of patients studied. In a minority of patients pulmonary embolization is the initial presentation. In patients suspected of DVT, high-resolution duplex ultrasound is the diagnostic study of choice. Its high sensitivity and specificity, as well as noninvasive nature make it the gold standard for diagnosis of DVT. D-dimer levels have been recommended by some for screening patients suspected of DVT. It is highly sensitive and relatively inexpensive. Unfortunately, its poor specificity, particularly in post-operative patients, limits its usefulness as a sole diagnostic study. Iliac vein thrombosis can often times be missed by duplex and either conventional venography, magnetic resonance venography or intravenous contrast computed tomography may be needed to confirm the diagnosis. For patients with an otherwise unexplainable, first onset DVT, an occult malignancy should be ruled out. For patients with recurrent DVT a work-up for a hypercoagulable state should ensue. 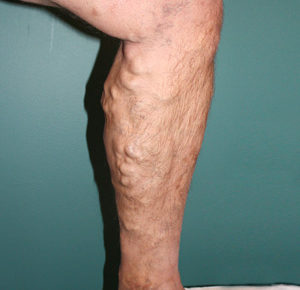 The most important aspect to the treatment of DVT is prevention. This prevention requires an understanding of which patients are at risk for the development of DVT. The modalities used in prophylaxis include low molecular weight heparin, low-dose unfractionated heparin, sequential compression devices and compression hose. Patients who are at low risk undergoing minor surgery do not need prophylaxis beyond encouraging early ambulation. An example would be a 40-year-old man with no underlying risk for DVT undergoing a hernia repair. In contradistinction, patients who are at highest risk need aggressive multimodal prophylaxis beginning prior to a proposed procedure, continuing until the patient is recovered and ambulating. An 80-year-old woman undergoing a colectomy for colon cancer should receive heparin/heparinoid subcutaneously beginning one to two hours preprocedurally combined with sequential compression garments or compression hose.

A special comment should be made about prophylaxis against the “economy class syndrome.” Patients should be instructed to get up and walk around every hour or so for long flights, and at least perform calf raises while seated. Patients with known varicose veins and/or risk factor for DVT may also be benefited by aspirin and compression hose during these long flights.

The goal for treatment of DVT is to improve symptoms, minimize risk for pulmonary embolization, post-phlebitic syndrome and recurrent DVT. The mainstay of therapy involves systemic anticoagulation. In patients with small- to medium-sized DVT, low molecular weight heparin given subcutaneously overlapped with oral wafarin sodium is adequate and may be done as an outpatient. Patients with larger clot burden may be best treated as an inpatient with intravenous heparization. The duration of anticoagulation ranges from three months for low-risk patients with reversible risk factors to six months for patients with higher risks. Patients with recurrent DVT, particularly with a hypercoagulable state should be considered for lifelong anticoagulation. Direct thrombin inhibitors have emerged recently, and may be used in patients with heparin-induced thrombocytopenia. Patients with acute iliofemoral DVT with or without venous gangrene should be considered for a more rapid form of clot removal. Catheter-directed means of clot dissolution, represent a more rapid, relatively safe means for clot dissolution, minimizing the risk to progression to venous gangrene. Lastly, open venous thrombectomy with the creation of an arterial-venous fistula may be necessary to save an acutely threatened limb. Consideration for catheter-directed techniques (catheter-directed thrombolysis and thrombectomy) should be given for venous thrombosis involving the iliac and/or femoral venous segments regardless of risk for venous gangrene. The purpose is to minimize the risk of postphlebitic syndrome. A study by AbuRahma et. Al., published in the Annals of Surgery compared standard anticoagulation with catheter-directed thrombolysis for iliofemoral DVT. A significant reduction of postphlebitic symptoms was observed in the thrombolytic group (70 percent to 22 percent; p < 0.005) when compared to standard anticoagulation.

In summary, DVT is a very common problem that requires diligence to prevent its occurrence. After diagnosed, rapid treatment of DVT is required to minimize short- and long-term complications. Strong consideration should be given to catheter-directed technologies for rapid clot removal in patients with more extensive DVT to minimize long-term risk for post-phlebitic syndrome.